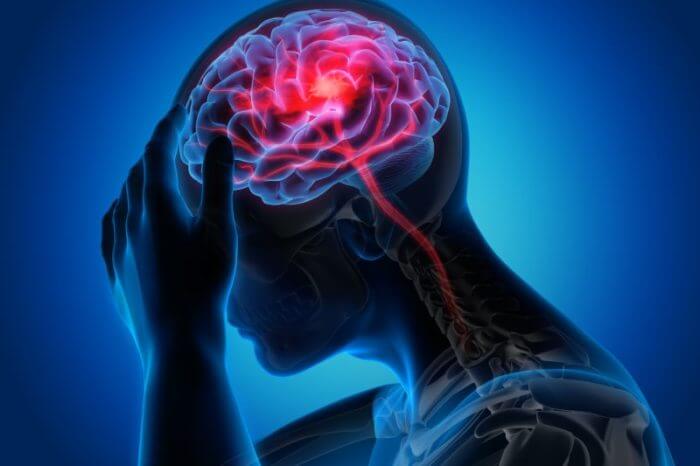 What is a stroke?

Like other organs of our body, the brain needs enough oxygen to function properly. Stroke (Cerebral Apoplexy) is a life-threatening condition that is most often caused by blockage of a blood vessel by a blood clot, narrowing of the cerebral arteries, or a combination of these two. Brain tissue is extremely sensitive to lack of oxygen. If the blood supply is reduced or stopped, there will be a lack of blood supply to the brain and brain cells begin to die. A less common cause of stroke is bleeding into the brain. Bleeding is usually caused by rupture of a blood vessel – most often with untreated high blood pressure.

What are the warning signs?

Warning signs of a stroke may appear alone or in combination. Some symptoms can alert to hidden problems in the brain’s blood flow, and ignoring these symptoms can lead to irreversible damage. The most common symptoms include: sudden weakening of the half of the body, speech disorder, sudden and severe headache, visual impairment, decreased oral corner, balance disorders, and inability to stand or walk.

Why is urgent hospitalization so important?

Time plays a crucial role in stroke. Experts agree that timely hospitalization and properly selected therapy can save a person’s life and significantly improve their health. Some medicines may be given only a few hours after a stroke, such as medicines to dissolve the thrombus and restore blood circulation. In some cases of brain haemorrhage, early surgical treatment can save the patient’s life.

What are the consequences of a stroke?

Affecting the brain can have a major impact on mobility, strength, stability, coordination, speech, memory, perception, mood, and more. According to Dr Valery Feigin, up to 80% of patients have a partial or complete loss of movement and strength in one half of the body, up to 70% of those affected suffer from mood disorders, and approximately 20% of people have pain in the shoulder.

Is there hope for healing?

Recovery after a stroke is a long-term process. It is influenced by many factors, such as the type of stroke, localization, or motivation of the patient. The patient’s condition may improve in the long term with well-adjusted rehabilitation, the most significant recovery is achieved in the first years after the stroke. Patients with complete loss of mobility usually recover longer than patients who have been hit less. According to some world studies, the combination of traditional rehabilitation and assisted robotic technology has a better effect on patients than traditional rehabilitation itself.

When should medical rehabilitation begin?

What happens after hospitalization?

What do we specialize in?

Levita Clinic is a neurorehabilitation establishment that provides intensive treatment in an outpatient form. Our goal is to bring people back to life as quickly as possible, achieve their self-sufficiency, and relieve their relatives. When treating patients, we provide intensive neurorehabilitation by combining modern robot-assisted rehabilitation and standard rehabilitation methods. The therapy chosen in this way significantly contributes to the faster and irreversible achievement of positive results.